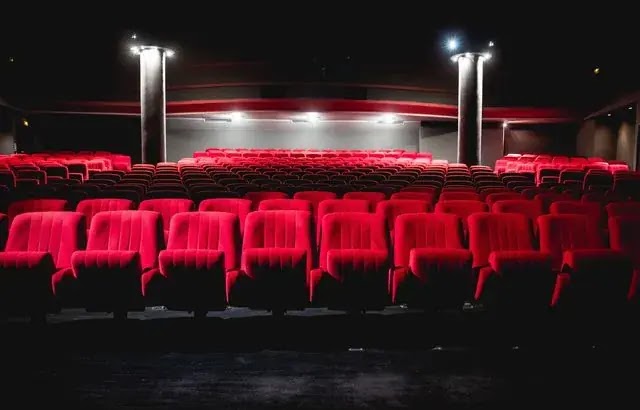 From our special envoy from the future,

December 27, 2050. It's still a bit of the magic of Christmas at the Mirans, and not just because there's some foie gras left over from New Year's Eve for the aperitif. On the occasion of the end-of-year celebrations, the whole family is going this evening to the UGMont multiplex, the ultimate in modern cinemas , to discover Avatar 7 , the way of the angels . An exceptional release: the last time the Mirans went to see a movie on the big screen was for the new Avengers 13, promised this time it's really the final fight , eight months ago.

"From now on, we go to the cinema as we would go to an amusement park: rare, intense and expensive", explains Mickaël Miran, the father of the family. The parents are still preparing to pay 45 euros for their place, and 35 for each of the children, infant promotion obliges. In his youth, Mickaël remembers a cinema that was still affordable, even if the debates on the supposedly too expensive price of tickets were already topical. Marc-Olivier Sebbag, general delegate of the National Federation of French Cinemas, explained to us in 2022* that only 13% of seats sold in France exceeded 10 euros, and 70% were below 8 euros. “It is the cheapest outdoor cultural activity, and the busiest in France”, he defended at the time.

2022 is also the year when Pathé reopened the Parnasse cinema (Paris 14th) with a normal ticket price of… 18.50 euros. Aurélien Bosc, president of the group's cinema branch, boasted "the first entirely premium Parisian cinema", having removed one row of seats out of two to allow seats "fully reclining, wider than usual and developed especially for this cinema, with two meters between each row, an all-laser projection, i.e. a fairly exceptional technical experience and comfort”. Jérôme Seydoux, boss of the Pathé group, spoke of an "upmarket and modernization" of its rooms, to "create the difference". A choice which, in 2050, has achieved consensus. Simon Robert, cinema distributor, remarked in 2022*: "If there have been any misses in the past, the rise of IMAX formats, 4DX, ScreenX, etc. proves the interest of more and more qualitative room”.

“The difference” mentioned by Jérôme Seydoux must be made in relation to the platforms . Since their appearance, Netflix , Amazon Prime and other Disney+ have upset consumer habits and confined them to their homes. In May 2022, an IFOP study estimated that 62% of French people subscribed to a paid audiovisual offer: 41% of them said they went to the cinema less often or even more at all. Philippe Moati, Director of the Observatory and Consumption at the time, indicated*: "This new form of viewing has profoundly changed the relationship to the image: there is a plethoric and personalized offer, we watch what we want , when you want, with films offered according to your tastes and expectations. »

Beyond this selective choice, two other points have made the big screens lose their appeal: firstly, the popularity of the series format, "where we follow and attach ourselves to the characters for dozens of hours, that cinema cannot claim to do”, continued Philippe Moati. Second, “home equipment has evolved a lot and has moved upmarket. Today, even at home, you can watch a film on a home cinema, even with a video projector or other. The viewing experience is very qualitative, even at home,” explained Elisabeth Tissier-Desbordes, professor of economics at ESCP and specialist in consumer behavior*.

Faced with these breakthroughs at home, the cinema "had no other choice than to outbid", prophesied Philippe Moati. 3D, HFR (broadcast of 48 images per second instead of the classic 24), sound in all directions, quality seats therefore, but also many other new features to differentiate the sacrosanct "experience" between the cinema and the sofa at home. “When we went to see Frozen 8 last Christmas, there was even fake snow thrown into the cinema during the songs,” recalls Mickaël Miran. For Avatar, the family prepares to fly in all directions, the seats being now mobile and moving according to the movements of the camera. "We will probably end up upside down," enthuses William, the family's teenager.

These new devices in movie theaters only work for a certain type of film. “We can't imagine seeing Schindler's List or Dead Poets' Circle in 3D  ,” admits Sylvie, the mother. "To survive, the cinema must maximize its container (its rooms, its seats, its effects) but also its content (films) in order to offer added value", developed Elisabeth Tissier-Desbordes. Already, in 2022, the French box office is overwhelmed with feature films designed for the big screen and exceptional dimensions, with 9 action films full of grandiloquent scenes in the top 10 successes of the year: The Batman , Thor, Jurassic World , etc. Topping the charts, Top Gun Maverick,film made and designed specifically for dark rooms, Tom Cruise refusing a simultaneous release on a platform, and the VOD release being postponed to maximize cinema admissions.

"Are appearing some feature films designed and developed for theaters, and others designed for platforms," ​​said Philippe Moati. Marc-Olivier Sebbag refused to imagine a world of tomorrow 100% luxury cinema: “I have nothing against this type of project or its development, as long as there are other offers on the side. What counts in the cinema is the diversity of room proposals, that there is something for everyone, all tastes and all budgets”. What Simon Robert expressed thus: “There is not only one type of spectator, but a multitude. Anyone who has gone to see Top Gun in IMAX or Dolby Cinema, and who only goes to the cinema once or twice a year, is not necessarily the same person who goes to see Les Tuche and Asterix, or the one who goes to see L'Innocent  ! Incidentally, the box office non-action movie was… Minions 3 . "It's no coincidence that comedies are often great successes in theaters," continues the distributor. We go there to laugh together, in a full house! What counts in cinema is not only the spectacular side, but the lived experience. »

The path taken resembles that of mass distribution, explained Philippe Moati: “We are increasingly segmenting the sector instead of talking to an average consumer who does not exist. Where the hypermarket functioned in the glorious Thirties by targeting a large middle class, now there are Biocoop and Lidl, for each social class. The cinema will do the same, with screenings and prices for all types of audiences and classes. On the road to the UGMont multiplex, the Miran family passes in front of an Easyfilm, low cost cinemaoffering films to be seen standing up, for barely one euro fifty, intended for the most precarious populations who cannot afford platforms. “By schematizing in a Manichean way: the more you go to the cinema, the less expensive it is and the less you look at the room. Conversely, when you only go there once or twice a year, you are looking for a more spectacular experience, and therefore (automatically) with higher prices,” concluded Simon Robert.