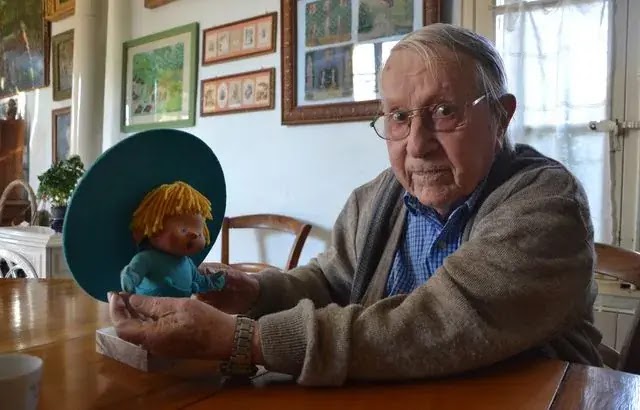 Italian director Italo Bettiol died Wednesday at the age of 96 at his home in Aniane ( Hérault ), where he lived with his wife Françoise, announced one of the director's relatives.

He was notably the co-creator with Stefano Lonati of the series Chapi Chapo , broadcast from 1974 on the first channel of the ORTF.

The nonagenarian, to whom we also owe Pépin la Bulle , broadcast for the first time in the late 1960s, "died peacefully", according to Eric Valin, "historic collaborator and friend of the family", quoted in a press release of the Magic company, representing the rights of Chapi Chapo .

The characters of the series, a blue boy and a pink girl wearing giant hats, their universe populated by magic cubes and the cult credits by François de Roubaix, appeared on the ORTF on October 16, 1974.

An animated series broadcast around the world

Their stories (60 five-minute episodes) were "broadcast worldwide, as far away as the United States on Nickelodeon's Pinwheel," the statement said.

A specialist in the “stop motion” technique, which “consists of animating foam and felt puppets frame by frame in front of the camera”, Italo Bettiol was originally destined for a career as an artist-painter.

It is in this perspective that the native of Trieste had left Italy for France in 1947 with his sidekick Stefano Lonati, freshly graduated like him from the Fine Arts of Milan.